I am pleased to announce that Intrepid Ascent has reorganized our consulting teams into three groups: Technology Strategy, Policy Innovation, and Community Change. Our services will continue to be delivered by interdisciplinary teams, with resources drawn from each of these areas, but with one group at the forefront depending upon the challenge at hand.

Defining our areas of focus in this manner provides three perspectives on the interconnected issues our clients face today as they integrate services across sectors to address social determinants of health and advance health equity. This definition also reflects the evolution of our focus over the past five years from health information exchange to broader community collaboration and the data infrastructure required to support it. Together, our groups provide clients with a commitment to understanding their technology needs and opportunities, navigating complex policy landscapes, and putting people at the center of change.

Please read more about each of our groups here. Our group leads and I would love to hear from you with any ideas for how we might support you in driving positive impact.

Who should be the HEROs of New York State’s Proposed 1115 Waiver? 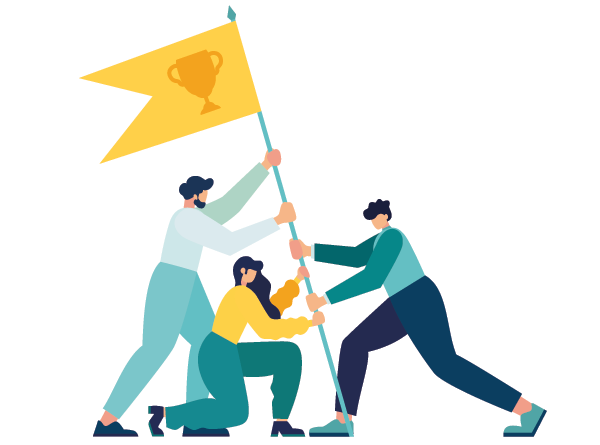 As the Centers for Medicare and Medicaid Services (CMS) continues to focus on alternative payment models for payment reform and the transition to value, states have responded with innovative proposals to reform the delivery and payment of Medicaid services, with increasing focus on the integration of social determinants of health (SDOH) data and systems of care. New York state specifically has historically demonstrated creative approaches to Medicaid reform with their 1115 Waiver Delivery System Reform Incentive Payment (DSRIP) program, which sunset in December 2020. While the previous 1115 Waiver in New York[1] focused on reducing preventable hospitalizations with a tertiary nod toward improving coordination of traditional healthcare and SDOH focused services, the newly proposed 1115 waiver is intended to serve as a more dedicated statewide effort in the shift towards value-based payment with robust approaches to integrating SDOH services data and the community-based organizations (CBOs) that provide those services with traditional care delivery systems of care. The program is anticipated to start in January 2023 with community planning work kicking off this fall.

One of the main pillars of this proposed waiver will be Health Equity Regional Organizations (HEROs) which will act as regional coalitions of managed care organizations, health systems, community-based providers, long-term support and services, and regional health information organizations, among others. In contrast to the Performing Provider Systems (PPSs) under the previous 1115 initiative in New York State, HEROs will not distribute payments directly to participating providers but will receive funds in the form of planning grants focused on developing the necessary infrastructure and governance structures to ingest and share health and social data from government and proprietary sources for the purposes of regional planning. This new initiative also incorporates the development of Social Determinants of Health Networks (SDHN) which will be another type of regional entity overlapping with HEROs that will serve as a coalition of CBOs for the purposes of contracting for services to be rendered under the waiver. This post will focus on HEROs and how organizations can begin thinking about planning efforts ahead of waiver approval and we intend to cover SDHNs in detail in a future blog post.

Under the proposed 1115 waiver, there will be nine regions with one HERO per region, as defined by the Managed Care Regions used by the New York State Department of Health (NYSDOH) for Medicaid rate setting (see figure 1). Broadly, HEROs can be new or existing entities which could include local departments of health or social services, behavioral health IPAs and other structures formed by regional participants such as PPSs. During the first public comment period for the waiver concept paper, many organizations specifically requested for multiple HEROs to be allowed per-region or that one or more of the nine initially proposed regions be split. In response to this, NYSDOH stated that at least two regions, likely to include New York City, may be divided into multiple sub-regions.

While some PPSs may be well positioned to become HEROs with minor modification to meet the governance requirements, many PPSs have discontinued operations following the end of DSRIP which presents an opportunity for new collaborations to surface. Local health departments are another example of existing entities that could be well-appointed to serve as the regional HERO, being able to leverage existing infrastructure for data sharing as well as established relationships with other government entities like housing authorities – but historically these entities have been slow in New York to participate in initiatives like DSRIP and Health Homes, especially compared to States like California where Whole Person Care specifically focused on building infrastructure at this level. Given the current landscape in New York, it is likely that new organizations will by-and-large need to step up to play the HERO role in most regions. 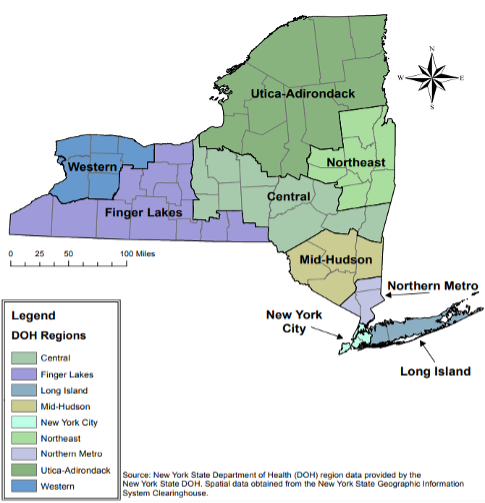 The primary function of HERO entities will be to receive and ingest data from national, State, local and proprietary data sources to enhance regional population health management enable value-based payment contracting arrangements for social and medical services. It will be up to the discretion of the HERO entity to implement a range of VBP models or other targeted interventions suitable for the needs of the region. HEROs will be responsible for developing an annual Regional Plan that will outline how the region will establish goals and milestones to accomplish the work. Regional Plans can also include initiatives to promote data collection and data sharing functionality for coordinated care management for population health improvement.

While the proposed waiver awaits a second round for public comment, it is in the best interest of the defined regions to begin strategic planning efforts for stakeholders who want to have a leadership role in the proposed 1115 waiver initiative. Regions can hold public forums to educate community partners about the proposed waiver and discuss options for defining a backbone entity, and active PPSs should determine the feasibility of applying to be a HERO organization for their region. At the very least, key stakeholders should begin to discuss the critical needs and gaps in the region in preparation for Regional Plan development. Given the significant gaps related to both IT solution design and overall data governance that impeded the ability of PPSs to comprehensively address their key goals during the first 3 years of DSRIP, it is very likely that NYSDOH will expect HERO and SDHN applications to contain clear strategies for their overall IT approaches that are linked to thoughtful approaches to the data governance challenges of linking data and services across the traditional healthcare and non-HIPAA-covered SDOH service delivery system(s) in their region. In addition, planning efforts will likely need to rely on access to benchmarking data, including data that may not be well structured as it contains SDOH or other non-healthcare data elements. Potential HEROs / regional planning efforts should consider working with the following organizations to determine what kind of benchmarking data they may be able to provide:

Intrepid Ascent has extensive experiencing in facilitating large multi-disciplinary stakeholder planning efforts at local, regional and state levels for the purposes of understanding key technology requirements as well as governance considerations related to data sharing and data privacy. Conducting technology needs assessments early on will have a great impact on planning efforts and can inform the infrastructure needs to be included in HERO applications for planning grants. Intrepid Ascent can also support organizations in technology selection activities for regions that lack the infrastructure needed to be successful under the proposed 1115 waiver.